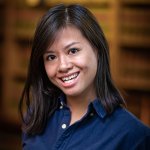 Iowa Capital Dispatch reporter Linh Ta comes to Iowa Capital Dispatch from the Des Moines Register, where she covered trending news, public safety and the suburbs. Most recently, she has covered retail business and followed both national and local trends to provide insight about the issues that matter the most to Iowans.

The Iowa Democratic Party’s delay in reporting caucus results sparked more criticism of the state’s first-in-the-nation status Monday. While the winner of the Iowa caucus isn’t normally finalized until late in the evening, it’s typical for results to be released throughout the night, giving some indication of front-runners and losers. The Iowa Democratic Party failed […]