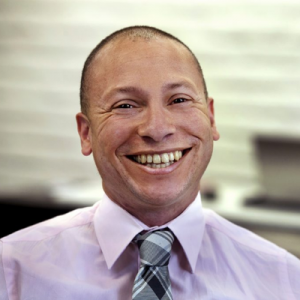 Michael Lyle is a reporter for the Nevada Current. He has been a journalist in Las Vegas for eight years. He started his career at View Neighborhood News, the community edition of the Las Vegas Review-Journal. During his seven years with the R-J, he won several first place awards from the Nevada Press Association and was named its 2011 Journalist of Merit.

As candidate filings for the 2022 midterm elections begin kicking campaign season into full swing, some experts worry the threatening rhetoric and language being supported by Republican candidates could escalate to violence. The U.S. Department of Homeland Security has already issued a warning that the midterm elections could be a rallying point for domestic extremists, sparked […]

LAS VEGAS — The issue of health care — specifically, the issue of why the richest country in the world has not figured out a way for every citizen to be covered — has commanded significant airtime during previous Democratic presidential debates. Wednesday night’s debate at Paris Las Vegas was no different. The debate before […]

LAS VEGAS — America is falling apart.  No, not metaphorically speaking — though several Democratic presidential candidates on the campaign trail would point to the actions of President Trump to argue differently.  With thousands of bridges classified structurally deficient, roads in desperate need of repair, gaps in transportation systems and cities that aren’t equipped to […]

States sue to have ERA recognized as 28th amendment

Nevada, Virginia and Illinois are fighting to ensure the Equal Rights Amendment (ERA) becomes the 28th Amendment to the Constitution.  Virginia voted last month to ratify the ERA, securing the required number of 38 states needed for it to be adopted as a Constitutional amendment. Michigan ratified the ERA more than 40 years ago, on […]

Activists are warning of the consequences from the U.S. Supreme Court allowing the President Trump administration to deny resident status for immigrants who rely on public assistance like Medicaid or housing subsidies. According to the new interpretation of the public charge rule, immigrants applying for green cards are prohibited from using the Supplemental Nutrition Assistance […]