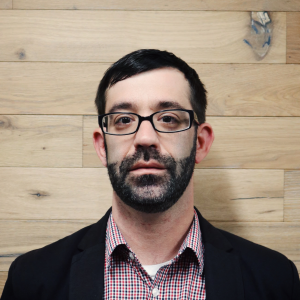 State Rep. Larry Inman (R-Williamsburg) “was untruthful” with federal law enforcement in at least two interviews prior to his May indictment.  That’s according to the Thursday testimony of FBI Special Agent Jeremy Ashcroft, who investigated the allegations that Inman sought to sell his vote on prevailing wage in exchange for campaign contributions from labor unions.  […]

By near-unanimous margins, the state Legislature passed supplemental spending bills on Wednesday as GOP lawmakers neared deals with Gov. Gretchen Whitmer.  Senate Bill 152 will restore more than $459 million in spending for a variety of programs line-item vetoed by Whitmer eight weeks ago as she signed the Fiscal Year 2020 budget she had no […]

A string of veteran Lansing lobbyists offered harsh critiques of text messages sent by state Rep. Larry Inman (R-Williamsburg) ahead of last year’s vote to repeal the prevailing wage.  The northern Michigan lawmaker stands accused of trying to sell his vote on the legislation in the pursuit of campaign cash for a possible primary challenge […]

Updated, 6:21 a.m. 12/4/19 The federal jury trial against state Rep. Larry Inman (R-Williamsburg) kicked off Tuesday with testimony from the northern Michigan lawmaker’s “chief accuser,” as she was called by a defense attorney.   Lisa Canada, political and legislative director for the Michigan Regional Council of Carpenters and Millwrights (MRCC) for a decade, testified in […]

Disgruntled constituents of state Rep. Larry Inman (R-Williamsburg) hope to take another shot at recalling the indicted lawmaker, who heads to trial in federal court on Tuesday morning. The effort to recall Inman, who stands accused of attempted bribery, extortion and lying to federal officials, filed an appeal Monday to the state’s Court of Appeals. […]

Stevens travels to Afghanistan and Kuwait over Thanksgiving

U.S. Rep. Haley Stevens (D-Rochester Hills) spent the Thanksgiving holiday visiting U.S. troops stationed abroad.  Stevens’ office announced on Monday that the first-term congresswoman had returned from a delegation trip to Afghanistan and Kuwait with other Democratic members of the U.S. House Committee on Veterans’ Affairs.  While on the trip, Stevens spent the Thanksgiving holiday […]

Legal pot sales start Sunday, and Ann Arbor is the place to be

At least three Ann Arbor stores could be selling recreational marijuana by Sunday morning, as the state’s first legal sales commence.  The state’s Marijuana Regulatory Agency (MRA) announced on Wednesday that stores cleared for adult-use recreational sales which also hold licenses as medical marijuana provisioning centers may begin transferring up to 50% of their medical […]

Michigan Republican Party officials are appealing an opinion by a federal judge that the state’s new Independent Redistricting Commission should be implemented.  Judge Janet Neff on Monday denied the GOP request to halt its implementation and said that the Republicans’ case is unlikely to hold up based on its merits. The plaintiffs in the case […]

A federal judge in Grand Rapids has denied state House Speaker Lee Chatfield’s attempt to avoid testifying in the case of indicted state Rep. Larry Inman (R-Williamsburg).  An attorney for Chatfield (R-Levering) last week moved to quash the order to testify, as the Advance reported, arguing that the speaker would be a “nonessential witness in […]

U.S. Rep. Brenda Lawrence (D-Southfield) has backed away from supporting the impeachment of President Donald Trump and would prefer to see him formally reprimanded, or censured.  Lawrence made the comments over the weekend on a podcast hosted by Detroit journalist Charlie LeDuff, saying that she believes that with a presidential election less than one year […]

Updated, 6:07 p.m. 11/25/19 A federal judge in Grand Rapids has denied a request by several Michigan Republicans to block the implementation of a new independent redistricting commission. In a Monday opinion in the case of Daunt v. Benson, Judge Janet Neff with the U.S. District Court for the Western District of Michigan wrote that […]

Flint and Detroit get $13M from feds for transit upgrades

Michigan will see almost $13 million in federal grants for transit upgrades in Detroit and Flint.  The Federal Transit Administration (FTA) on Monday announced a total of $423 million in transit infrastructure grants. Of that, $12.8 million will go to Michigan projects, according to a news release.  Lt. Gov. Garlin Gilchrist made the announcement at […]