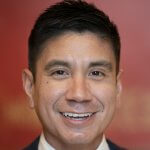 Ricardo Lopez is the senior political reporter for the Reformer. Ricardo is not new to Minnesota politics, previously reporting on the Dayton administration and statehouse for The Star Tribune from 2014 to 2017, and the Republican National Convention in 2016. Previously, he was a staff writer at The Los Angeles Times covering the California economy.

Minnesota GOP Chairperson Jennifer Carnahan told party activists on Thursday night that she would help amplify claims of ballot fraud made by President Donald Trump and national Republican leaders, even though they are baseless assertions disputed by election officials of both parties.  Carnahan said that earlier Thursday, Republican National Committee Chair Ronna McDaniel, a Michigan […]