Updated at 2:22 p.m. with fundraising totals from Stevens. 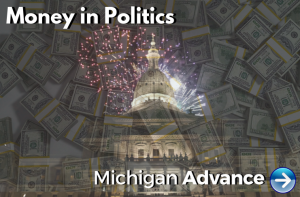 Peters is up for re-election in 2020. Michigan is expected to be a critical state in both determining the presidency and control of the upper chamber.

Peters’ haul is the most raised in the state at this point in the cycle, his campaign said. In 1Q 2017, U.S. Sen. Debbie Stabenow (D-Lansing) collected $1.3 million. Stabenow won re-election last year over Republican John James, a veteran and businessman.

James is reportedly mulling another senatorial bid — this time against Peters. The Republican could also challenge freshman U.S. Rep. Haley Stevens (D-Rochester) in the 11th District covering Wayne and Oakland counties. Stevens announced this week that she raised $565,000 in the first quarter.*

“I’m grateful to have the support of so many folks from all across Michigan,” Peters said. “This record level of support reflects the fact that Michiganders want workhorses, not showhorses. They want tireless, effective leaders that work every day to protect healthcare, create good-paying jobs and a secure future that doesn’t leave any Michigander behind.”

The senator said 79 percent of his total contributions averaged $50 or less.

Progressives have discussed primarying Peters next year, but so far, no challenger has emerged. One of the more likely contenders, former Democratic gubernatorial candidate Abdul El-Sayed, has repeatedly said he isn’t interested.

Peters won his U.S. Senate seat in 2014 and was the only non-incumbent Democrat elected during a Republican wave year in which the party took control of the upper chamber. He defeated former Michigan Secretary of State Terri Lynn Land.

Prior to that, Peters had served in the U.S. House since 2009*, having survived being cut out of his seat after the 2011 redistricting. He’s also a former state legislator.

Correction: The date Peters began serving in the House has been updated.