As President Trump’s campaign announced it would file a lawsuit to stop ballot counting in Michigan, some GOP protesters Wednesday afternoon tried to get into the TCF Center in Detroit where votes are being tallied. Protesters banged on the windows, shouting, “Let us in! Let us in!” and “Stop the count! Stop the count!”

Democratic presidential nominee Joe Biden leads Trump by 61,235 votes with 99% reporting. CNN called Michigan for Biden at 4:15 p..m. While he vowed at a press conference this afternoon to be a president “for all Americans,” he said people “will not be bullied.”

“No one is going to take our democracy away from us,” Biden said. “Not now, not ever.”

Michigan GOP Chair Laura Cox was present. At least two emails went out earlier in the day looking for GOP poll challengers. Republican and Democratic observers have been present at the site since Monday. One of the contacts was Mary Shinkle, who’s married to Norm Shinkle, a Republican on the Board of State Canvassers responsible for certifying election results. 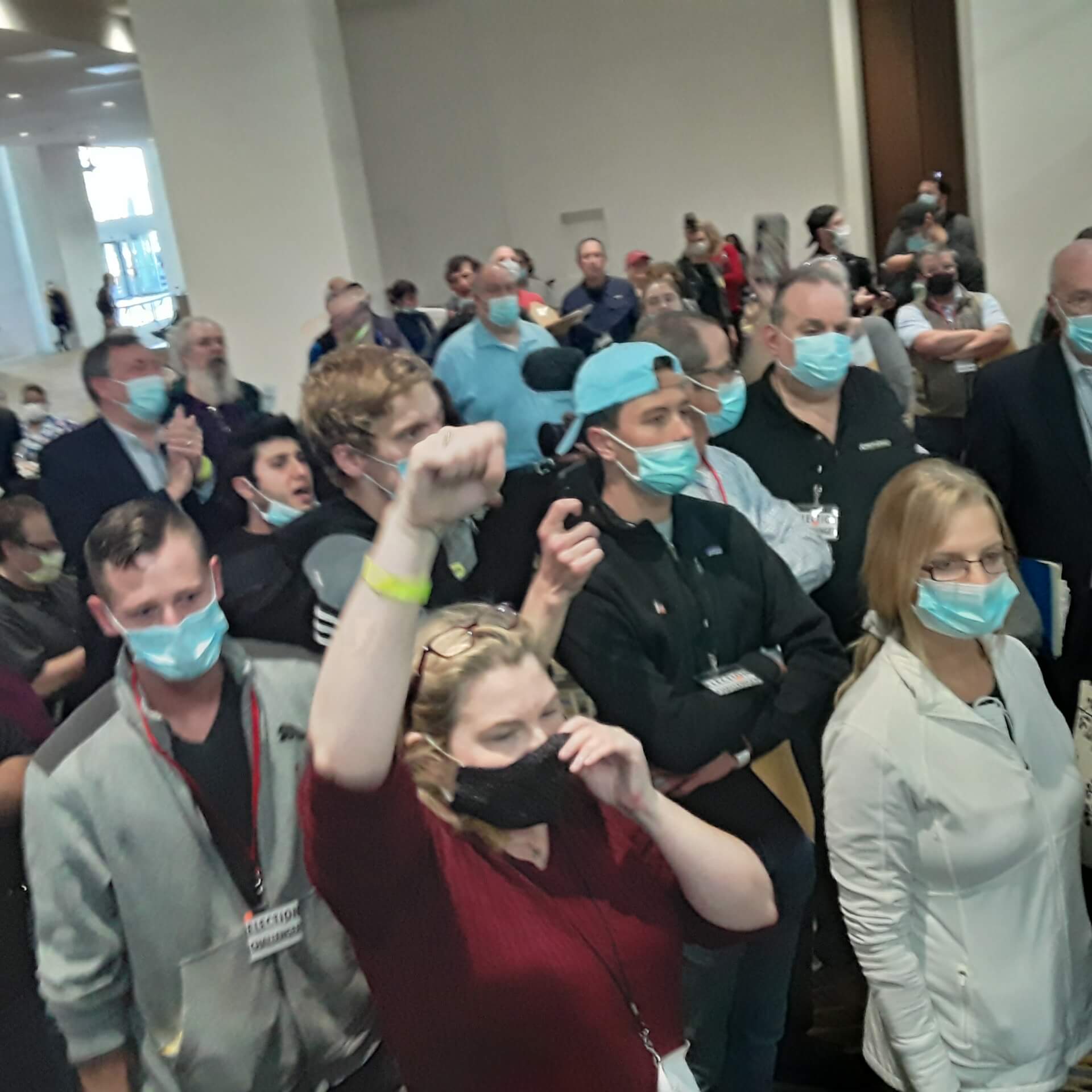 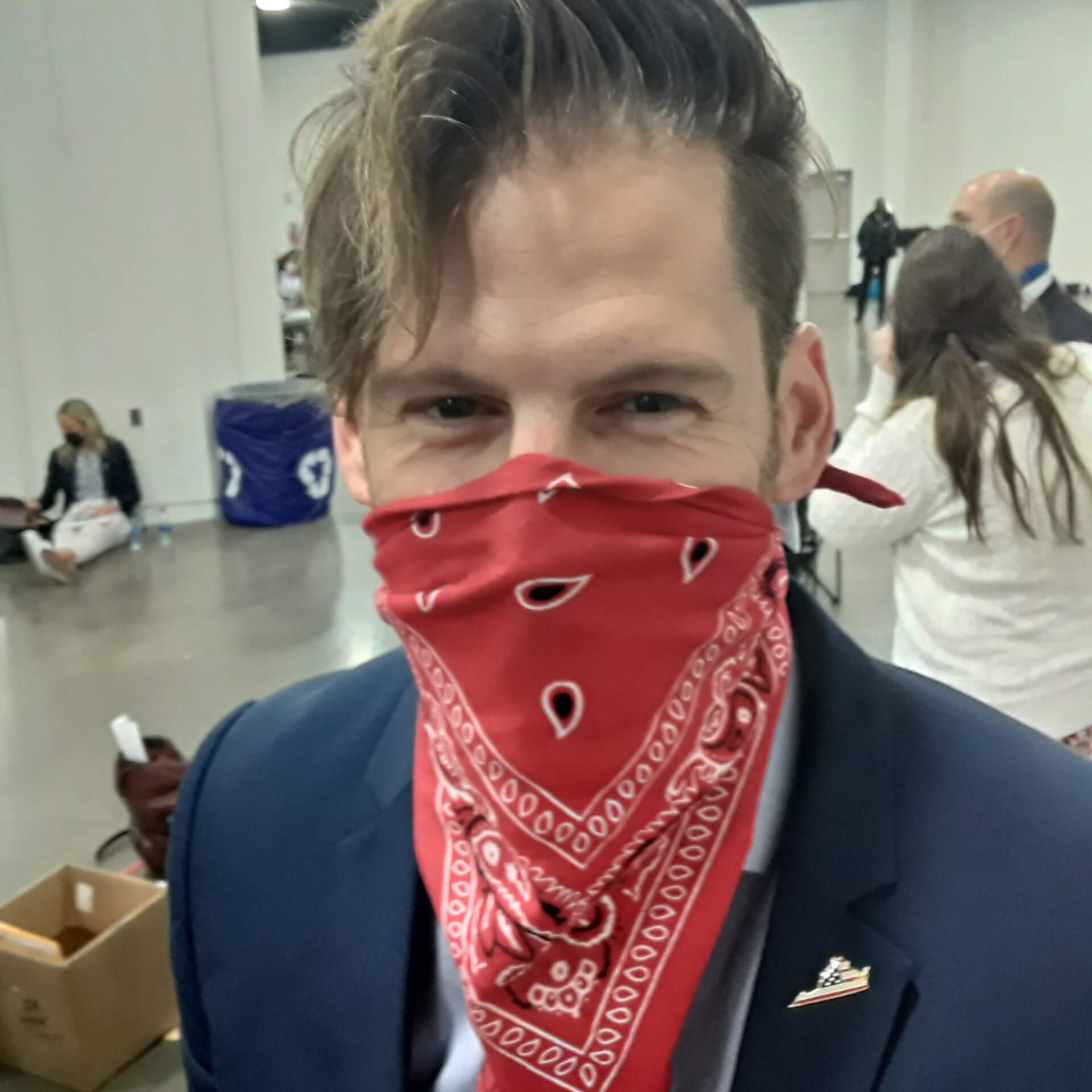 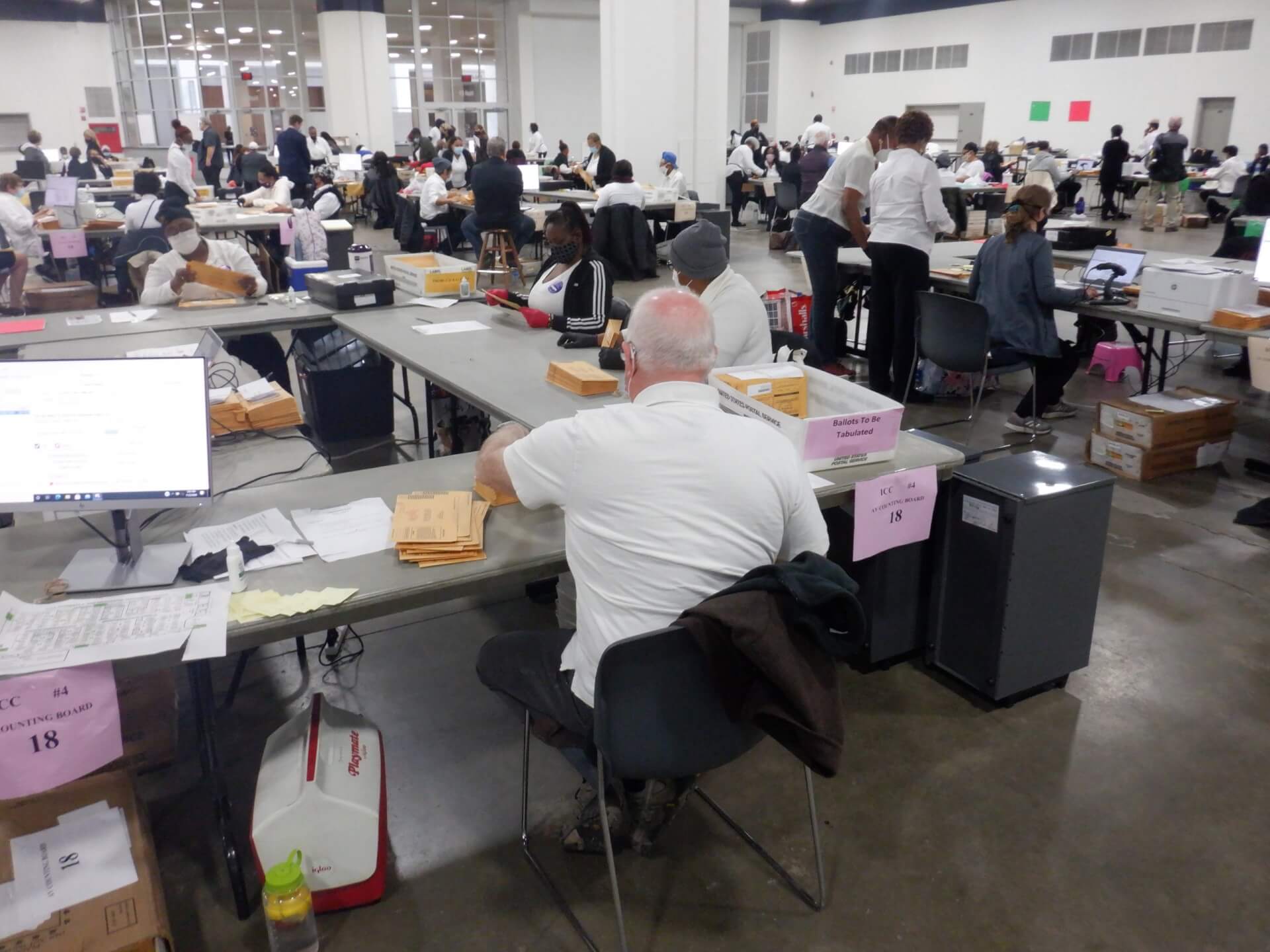 Detroit is a heavily Democratic and African American city.

Tim Griffin, an observer from Lynchburg, Va., who declined to state his political affiliation, call the vote counting process in Detroit’s TCF Center as “rigged and fraudulent.”

“The statue says that the process is supposed to have one Democrat and one Republican [at each table] and that just not has taken place for three days in a row,” Griffin said.

Chris Thomas, the former state Bureau of Elections chief who’s served under Democrats and Republicans, said the process has been fair.

The Trump campaign said it will file a similar suit in Pennsylvania, which has roughly 1 million votes left to count. It also wants a recount in Wisconsin, which has been called for Biden